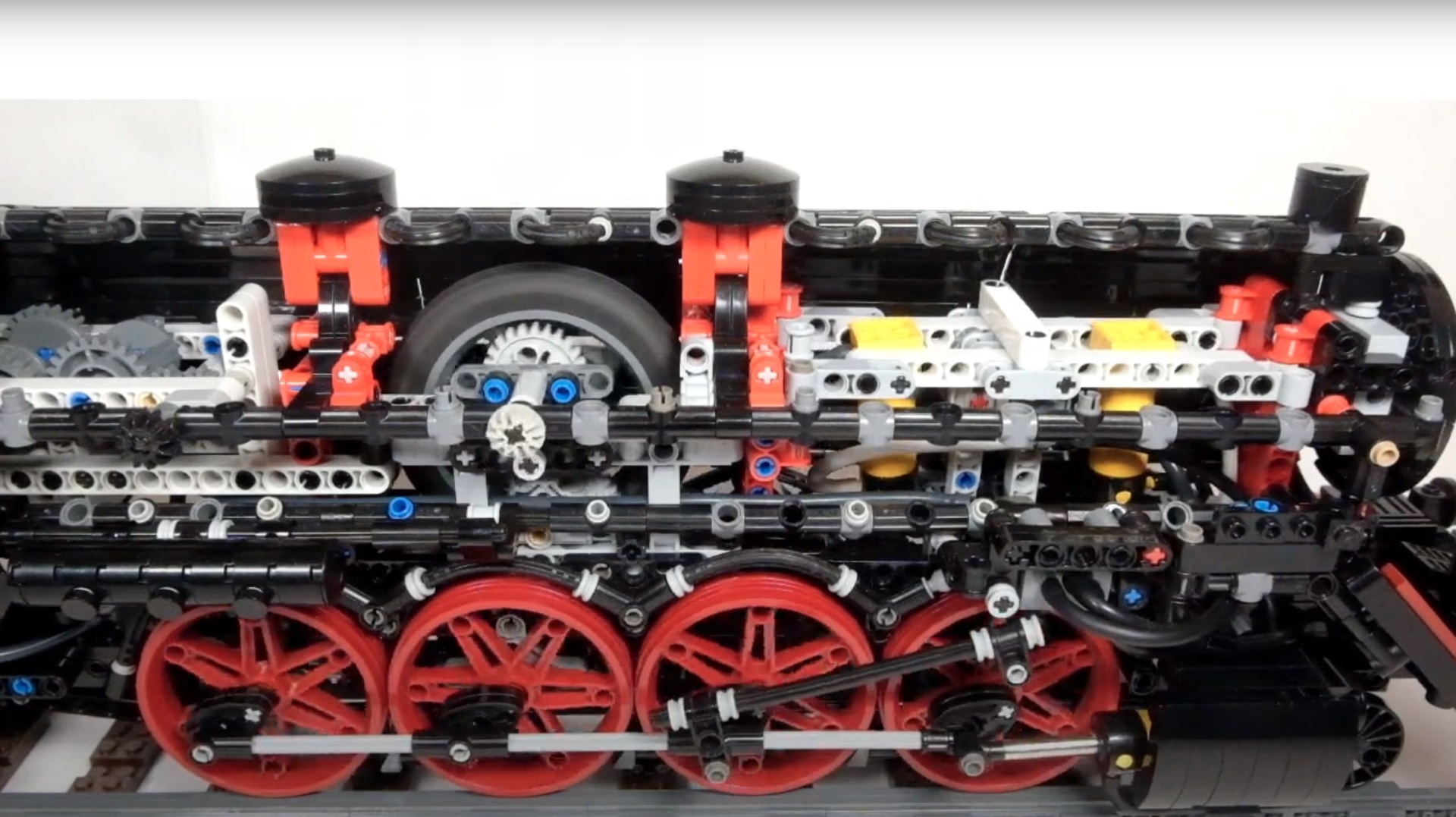 They might be outdated, but their mechanism is still mesmerizing, and there’s something nostalgic about watching and hearing a steam locomotive. It’s not something an electric motor can give you, ever, period. This guy is such a fan of old steam trains that he decided to build a pneumatic steam locomotive out of LEGO. And it works and sounds just like the real thing.

User ‘alfredboyer’ is the builder of the steam locomotive, a masterpiece that can move forward at two different speeds, makes the typical sound of a locomotive, and comes with brakes that can actually stop the train from moving.
All the functions of the locomotive are controlled in the cabin with pneumatic switches, just like with the real ones.

The LEGO builder explained how he made the whole thing work. He used four cylinders for the engine and a smaller one for the brakes, as well as four big pumps and air tanks. What makes the locomotive move forward and be able to brake is the force of compressed air. In order to obtain that typical locomotive noise, alfredboyer also built an air whistle out of LEGO.

He used LEGO Technic parts and pneumatic parts for his project that he claims is among the first locomotives to work with compressed air and only use LEGO pieces. But his work was not in vain, as he has over 6,500 supporters for his project, which he submitted on the LEGO Ideas website.

And he’s got a good shot at seeing his steam locomotive become a real LEGO set if he reaches 10,000 supporters in the next 344 days. LEGO Ideas is a platform where users can submit their projects, whatever they are, and if they get 10,000 supporters, LEGO might pick them up and produce them. If that happens, the creator receives 1 percent of the royalties.