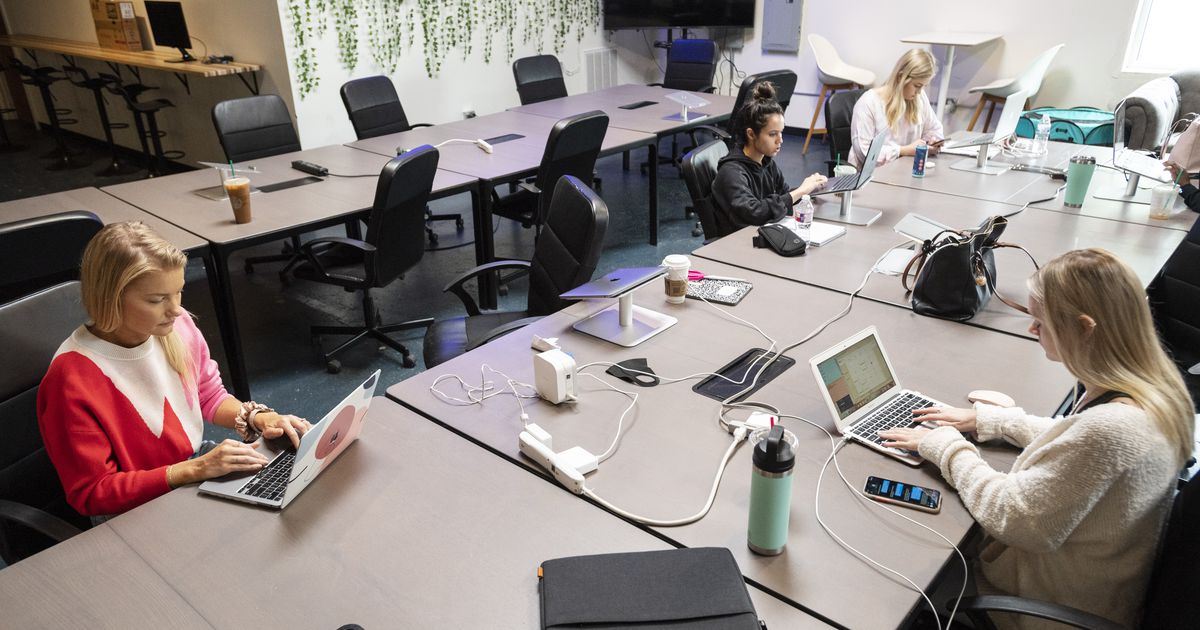 In the grips of a historic pandemic, Dallas-based apartment locating service Smart City leaned in, welcoming hundreds of new employees and expanding into nearly half a dozen new markets in other states.

Led by 33-year-old founder and CEO Cassie Brown, the company has a simple mission: Connect renters with an apartment space where they can be themselves. Smart City negotiates with apartment properties to lease out empty units in bulk, oftentimes locking in lower rates for renters.

“I think everyone really wants to be able to look on the internet and have all the perfect answers, but when they realize how overwhelming it is, sometimes they just want somebody who does,” Brown said.

The company, which started with just a few workers in 2013, expects to see more than $40 million in revenue this year and will operate in at least 10 cities.

The Dallas rental market is hot, leading the country in net apartments leased in the first quarter, and landlords leased a record number of apartment units in the second quarter.

Smart City was one of the first apartment locating companies to successfully leverage viral social media marketing in the rental space in the mid-2010s. Today there are 16 agents behind Smart City’s Instagram accounts. They field hundreds of requests for apartment locating services in different cities each day.

“Social media is usually where they find us. [Renters] contact us by web form, text message or DM … and then we try to get them with an agent within 15 minutes,” Brown said.

Meeting the company’s goal of a 15-minute response time has gotten harder with the demand the company has seen this year, Brown said.

And that’s despite its recent expansion.

Smart City went on a hiring spree at the onset of the pandemic, bringing on around 420 contractors and full-time workers over the past 12 months.

Brown began the company in earnest in 2013 when she relocated from Austin to Dallas with her wife. She got her real estate license, hoping to sell million-dollar mansions, before realizing that she didn’t know any millionaires, she said.

“I was like, ‘All right, what do my broke college friends need?’” Brown said. “They all need apartments.”

So she started apartment locating, first making referrals for friends and family as she hunted for the most desirable properties. The business picked up a viral following online after Brown and her early business partners started sharing the apartments they found on Instagram.

“Properties started calling me saying, ‘Hey, we want to be on your Instagram. We want to be featured,’” Brown said.

“It turns out there’s a real need in the market for what we’re doing,” Brown said. “We’ve been able to save a lot of our clients a pretty decent amount of money just by the power of social media … and it helps the property. They need their vacancies to go down immediately.”

The original Dallas Smart City Apartments Instagram page surpassed 100,000 followers in September, according to social media tracking site SocialBlade. It operates separate pages for each market it serves. And the headquarters office just south of Deep Ellum’s main drag is the home base for 80 full-time employees and a number of real estate agents who work directly with clients.

In addition to Dallas, the company now has physical offices in Austin, Houston, Fort Worth, Denver and Atlanta, while workers in San Antonio, Nashville, Orlando and Chicago operate out of co-working spaces.

“Always free for you,” the company advertises in the bio section of its Instagram page.

But how is it free?

The apartment owners Smart City works with only pay the locating firm after a tenant signs the lease. Smart City’s fees are cheaper than the costs of a unit sitting vacant or pouring money into marketing through online sites that can’t guarantee success, Brown said.

Dallas is currently short on vacant apartments and full of renters looking for their next home, according to apartment locating agent Lea Simpkins, who runs her own locating agency called Texas Apartment Locating.

“You see [rates] go up and down because they fluctuate with the occupancy rates typically,” Simpkins said. “But because occupancy rates are so high at many apartments, it seems lately they’re just going up, up, up.”

This week, Smart City is advertising one-bedroom apartments in Deep Ellum for around $1,600 per month and a two-bedroom in Trinity Groves for around $2,100.

If you’re looking for the best deal, Brown said, be prepared to make decisions quickly once you’ve set the search process in motion. For example, most property owners offer “look-and-lease” specials where they’ll knock a month or so of rent off your lease if you sign at the time you physically tour the apartment.

Speed is the name of the game because apartment properties want “heads in beds” as quickly as possible.

And of course, apartment locating services can only save renters so much.

Fort Worth resident Lyndsay James works as a hairstylist and has been searching for a new place for several weeks.

She’s tried several apartment locating services besides Smart City and even expanded her search to include Dallas. But James still hasn’t been able to find housing within her price range of less than $1,000 per month.

“There’s so many people looking right now, I’ve had friends that are having to rent a place sight unseen,” she said.