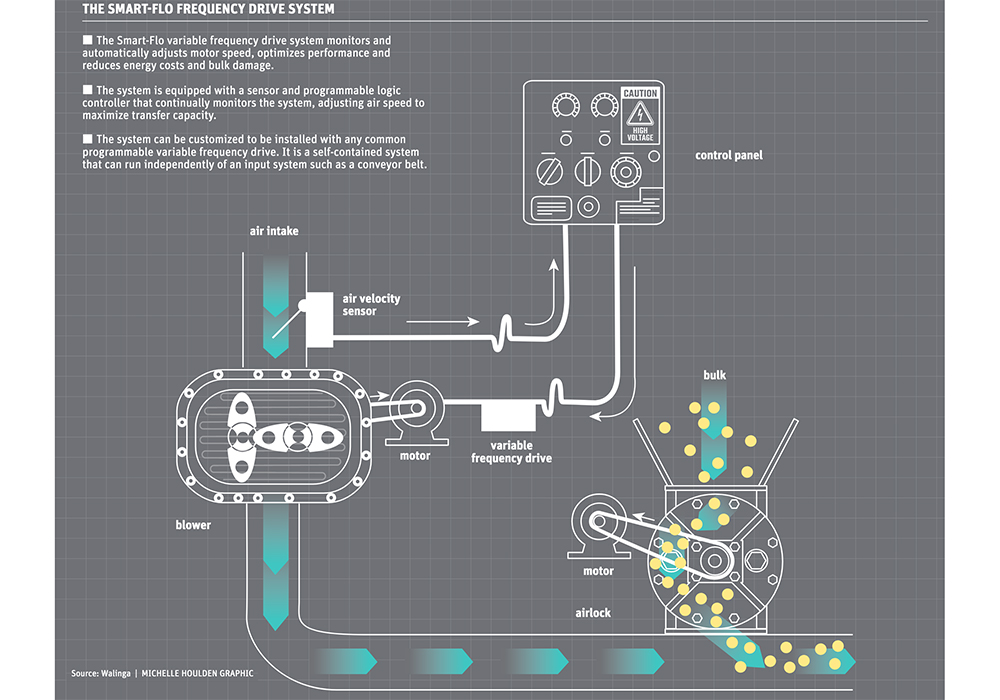 Sales of pneumatic grain transfer systems have blossomed in the past five years as bin yards outgrew their original design and more producers harvest early and use continuous flow dryers.

Walinga’s past experience in using air to move grain has made it the big mover and shaker in this recent pneumatic wave. Much of the technology developed for grain vacuums is hyped up with bigger electric power so it can move grain further, quicker and in larger volumes, according to Walinga’s Doug Termeer.

“Prior to about 2016, our main market for air systems had been taking hot grain off dryers and moving it to the cooling bins. Most of the older dryers in Western Canada were batch dryers, so you drop hot and throw it in a cooling bin,” he said.

“Last year was dry, but the previous three or four years were pretty wet. The dryer manufacturers are shipping a lot of continuous flow dryers up to Western Canada. This was about the same time we started selling a lot of blower systems.

Termeer said the task of regulating the dryer temperature and flow rate of the grain is up to the Smart-Flow management computer that senses how much grain is in the system. It automatically regulates the flow to ensure the grain is dried to the level requested by the operator.

He said the temperature changes only slightly. Flow rate is the main regulator.

The lack of grain dust reduces risk to respiratory systems and reduces the risk of dust explosions. And there’s no longer a need to climb a 130-foot leg. | Walinga photo

The variable frequency drive includes a sensor that monitors the system continually to maximize transfer capacity and bulk material integrity. It moves grain only as fast as necessary rather than running full speed all the time. This extends the life of elbows, tubing and piping while at the same time reducing grain damage.

A typical system is designed to move grain 350 to 400 feet. Termeer said many farmers only need a small system, usually powered by single phase motor of 30 h.p. That’s the smallest he would install. 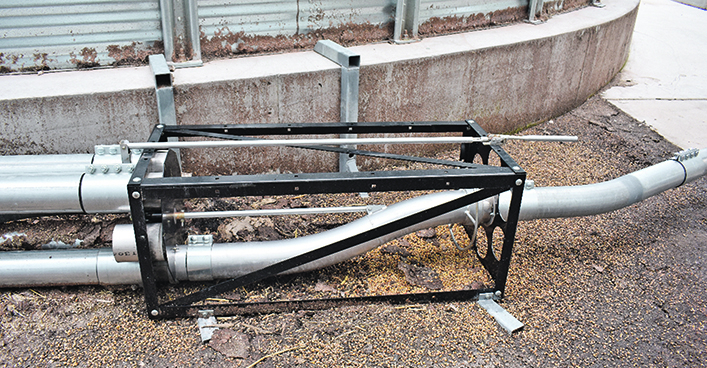 Modifying or extending any air grain transfer system is a matter of hooking another six-line distributor into the original distributor. | Walinga photo

All sizes optimize efficiency, reduce energy costs by up to 30 percent and move bulk product virtually dust-free without grain damage and without augers or booms.

A few producers have outliers that they don’t want to service with truck and auger, so in these cases, Termeer said they can install more than 500 feet of air tubing. These longer runs use bigger diameter tubes and bigger pumps up to 75 h.p. The largest systems move grain at 2,100 bushels per hour. 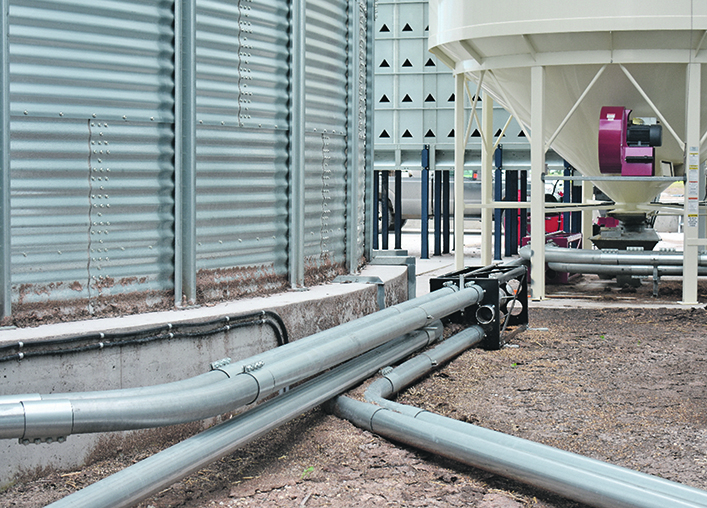 “One of the big selling points is the ease of modifying or adding on to your basic system. It starts at the distributor, which goes from one line to six pipes for six different bins. Then we just stack up the distributors to get more lines. Very inexpensive and easy to do. It doesn’t cost you any more than if you had designed it that way in the first place.”

Termeer said safety is a significant point in any pneumatic grain handling system. The lack of grain dust reduces risk to workers’ respiratory systems and also reduces the risk of dust explosions, and there’s no need to climb a 130-foot leg.