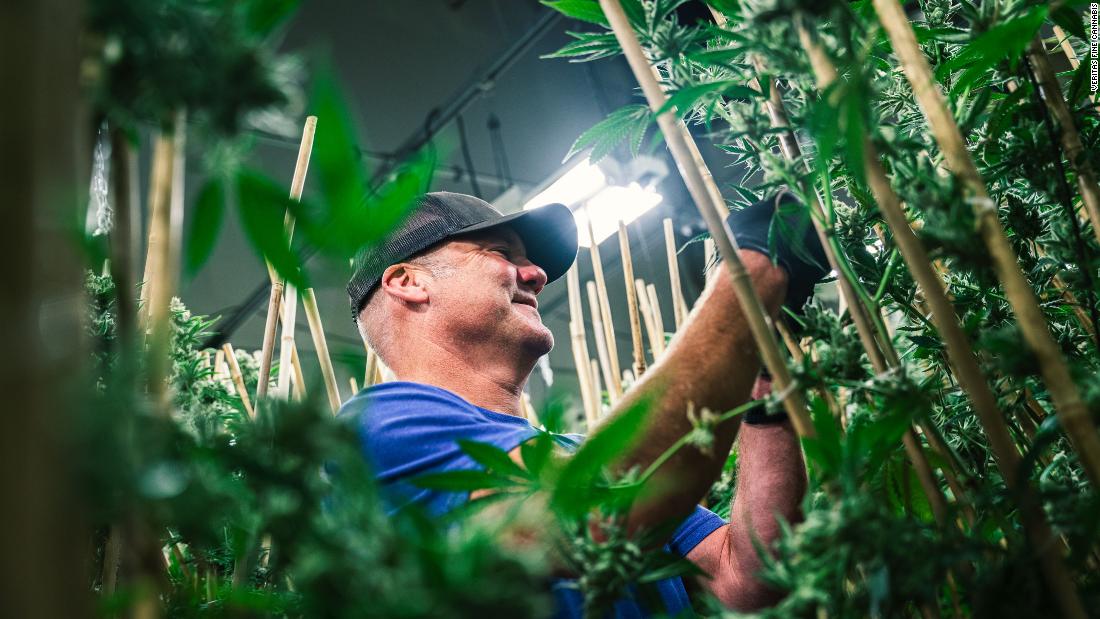 The company declined to share details about the investment.

“When I got a peek inside of Veritas, around every corner, it just whacked me in the head: It reminded me of the early days of Oskar Blues,” Katechis said, noting the Colorado-based brewery he started, first as a restaurant and later as a beer-brewing operation, in 1997.

Katechis’ move signals a further intermingling of beer and cannabis. The two sectors have drawn frequent comparisons to each other for their grassroots growth, consumer base, competitive pressures and heavily regulated nature.
The biggest names in the alcohol business have staked claims in the global cannabis industry, establishing a foundation for further US expansion (especially once cannabis is no longer federally illegal) in part to diversify business, prop up sales, and stave off a potential competitor.
Veritas, a cannabis brand that has long embraced hand cultivation and harvesting, hopes to tap into Katechis’ experience of creating high-quality products and expanding operations without losing sight of the craft and culture that got the company off the ground.

“In cannabis there has been a race to the bottom, a race to the finish line, a race to get in before big corporations take over,” said Mike Leibowitz, chief executive officer of Veritas. “I feel like our brand has really set itself down a different path.”

Katechis echoes this emphasis on quality and the role it played in the success and staying power of Dale’s Pale Ale, which launched commercially in 2002.

Oskar Blues carved its niche by packaging Dale’s Pale Ale in a vehicle long-tied to the multinational beer Goliaths but not yet to craft brewers: the 12-ounce aluminum can.

By slinging a “voluminously hopped” craft brew into a can, the then-unique effort put Oskar Blues on the map and and launched a trend that’s still going strong nearly two decades later.
As craft beer surged in the mid-aughts and 2010s, chipping away at Big Beer’s market share, the Budweisers, Heinekens and Molsons of the world started snapping up regional breweries. Rather than selling to a alcohol giant, Katechis grew Oskar Blues into one of the larger craft brewers in the nation, landing venture capital funding and merging with other craft brewers. The venture-backed “disruptive brewers collective” now known as Canarchy is the eighth-largest craft brewery in the US, has eight brands, and sells its beer internationally.
After stepping away from the day-to-day of the brewery business, Katechis sniffed around the cannabis space for a couple of years searching for the right investment. Katechis, a “fan of the space,” was intrigued by the parallels with the craft beer business. In addition to touting flavors and aromas similar to cannabis strains, Oskar Blues’ beers were branded with plenty of not-so-subtle nods to weed.

“If for nothing else, I want them to grow the way they want to grow, but I might be able to raise my hand and offer some input on all the mistakes we made and keep Veritas from making the same ones,” Katechis said.

Katechis joins a line of other craft beer executives who have entered the cannabis industry.
The interest in working in cannabis has increased amongst people from a broad slate of industries and has grown exponentially in the past 12 months, said Karson Humiston, founder and chief executive officer of Vangst, which runs a recruitment site for cannabis jobs.

“During the pandemic, cannabis went from illegitimate and illegal to essential in many places,” she said. “That was the tipping point moment for a lot of executives to take a look at the space.”

“It’s more or less a foregone conclusion that cannabis is on a path to full-scale legalization,” Wadhera said, making a nod to the latest federal efforts, including Senator Chuck Schumer’s draft legislation to decriminalize marijuana.

So instead of trying to resist the turning tide, investors and executives “want to have a horse in the race.”